Atopic Dermatitis is a skin disease that affects between 2-5% of adults and as many as 10-20% of children globally. It is a chronic, long-term condition characterised by dry, flaky, irritable skin and occasional flare-ups with more distressing symptoms. While there’s no known cure, regular and consistent skin care can protect skin.

What is Atopic Dermatitis?

Atopic Dermatitis – also known as Atopic Eczema – is a chronic skin disease that affects the skin on the face and body of babies, children and adults.

Incidences are on the increase, particularly in the Western world, with a two- to three-fold increase in reported cases than there were 30 years ago. There is no conclusive cause known for Atopic Dermatitis but there is evidence of links with both asthma and hay fever.

The disease mainly affects children – 10-20% of children globally are affected – while 2-5% of adults have the condition.

In adults the rash tends to affect the neck and décolleté, the inside of elbows, back of knees, hands and feet, as well as the face and scalp. Symptoms and affected areas are slightly different when it comes to children and babies.

People with Atopic Dermatitis often experience additional problems – such as lack of sleep, stress, discrimination and a lack of self-confidence. As well as maintaining a good skin care routine, there are certain lifestyle changes that can alleviate the symptoms – such as wearing cotton clothing, keeping temperatures low to avoid sweating and avoiding trigger foods.

If you are unsure about your symptoms seek the advice of a dermatologist.

Dermatologists have yet to discover a definitive cause for Atopic Dermatitis, nor a cure. However, there is evidence of a number of factors that make some people more at risk than others. These include:

The symptoms of Atopic Dermatitis are also the triggers. Because skin is dry and itchy, sufferers scratch. By scratching, they disturb the skin barrier function. This leaves underlying layers exposed and vulnerable to infection from the environment. The bacteria causes irritation and so the itching continues. This is known as the Atopic Skin Cycle.

Other influences that can aggravate existing symptoms, although different people have different triggers, include:

Controlling the symptoms of Atopic Dermatitis on the body

There is no known cure for Atopic Dermatitis but there are a number of ways that sufferers can help to care for their atopic skin and perhaps even prolong the periods between flare-ups.
The most important is keeping skin constantly moisturised with emollients.

Emollients (also known as moisturisers) must be applied daily, regardless of symptoms. These lotions, face creams, shower oils and bath additives keep skin supple and moist, and therefore less susceptible to itching and damage. Regular use of emollients helps to reduce itching.

Active ingredients often found in formulas of emollients include:

Corticosteroids (such as hydrocortisone) are known to be effective and fast-acting in alleviating itching and reducing inflammation. However, it does have some drawbacks. For example, prolonged use can thin skin.

For that reason it’s not sustainable in the long term, nor is it ideal for use on babies and children.

Eucerin‘s AtopiControl Acute Care Cream  has skin caring properties that have been clinically proven to significantly improve the skin‘s appearance during flare-up phases. This caring skin solution helps reduce the use of hydrocortisone during flare-ups. AtopiControl Acute Care Cream is not a pharmaceutical product and is not meant to replace one.

Daily personal care for Atopic Dermatitis on the body

Although triggers vary from person to person, there are quite a few lifestyle changes that sufferers have found to be effective:

If you are unsure which management route to take please seek the advice of a dermatologist.

Replenishes the skin barrier and protects it from drying out.
More Details 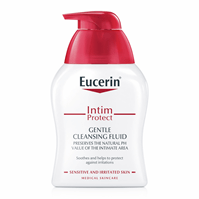 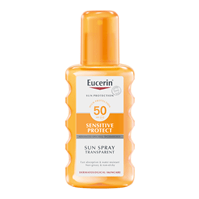 For sensitive skin including acne-prone skin